NASA’s Goddard Space Flight Center is working on a project called HoneyBeeNet. How interesting is it that NASA is studying honeybees!

The reasons, as it turns out, is rather important. One of the effects of climate change is that spring comes a little earlier as the climate warms. But that doesn’t necessarily mean that the winters are warmer – one only has to look at the last two winters in the Lower 48 to see that record cold and snow are a part of our overall warmer world.

This poses a problem for honeybees. If spring comes a little earlier, so do the various nectar flows. But if the bees have not yet built up as much as they might, the colonies might not have enough foraging workers to take advantage of the earliest flows.

NASA’s experiment has set up a number of test hives around Washington, DC, which allows them to monitor the early nectar flows, and how well the test hives are able to make use of them. In order to know what the flows are, NASA has catalogued the various contributors to nectar flows for the entire country, including Alaska. If you want to know the source and timing of the various flows, just go to the NASA website and click on the map! 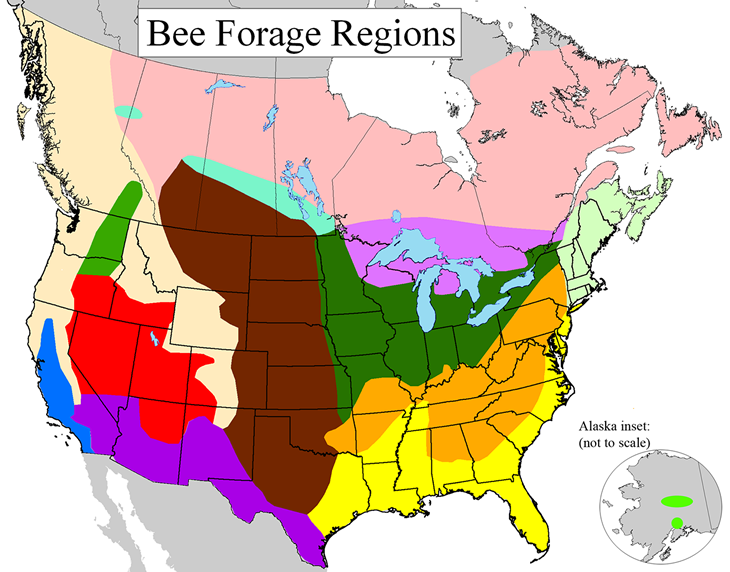