I don’t usually mark my queens… but I did this year. You may have heard of the Alaska Bee Initiative, which is a project to raise Alaska-hardy queens. One of the necessary steps in this project is to raise and track the results of Alaskan queens. This means we have to mark them.

Since I have never done it before, I thought I should get some practice in. I took some pictures: 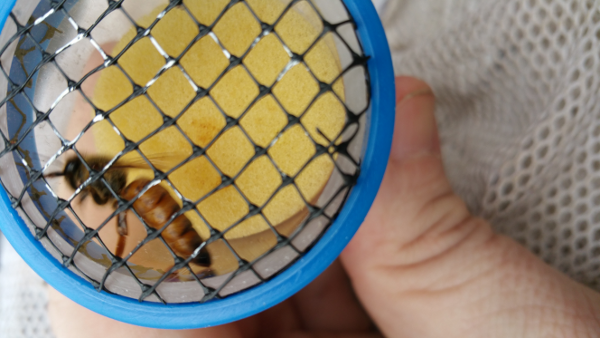 This is an AHB queen from the packages I received last Saturday. She looks very healthy, if not too happy. 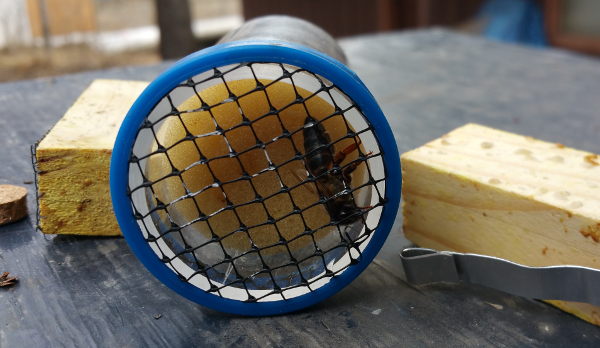 A very black, very large Russian queen. When I saw her in the cage, I was really amazed at her size and appearance. 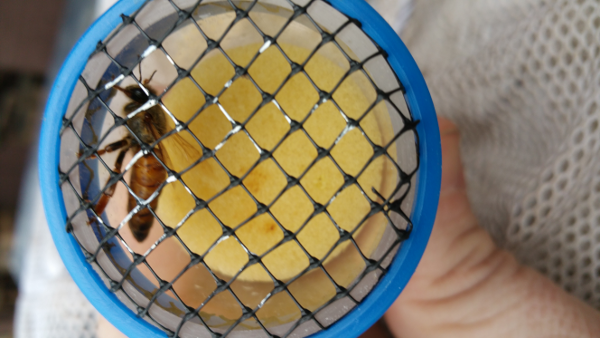 A second picture of the same AHB queen

Most of the people I know prefer not to mark their queens. All things considered, it is probably better that one doesn’t mark them. It takes a while to learn the skill to find an unmarked queen in a hive, and it can be frustrating for a new beekeeper to try to find the queen among tens of thousands of workers. I would suggest that beekeepers not mark their queens in most circumstances.

One acceptable reason to mark the queen is to keep track of that particular individual. That is important if you’re embarking on a program to breed queens, which is exactly what we’re trying to do. These particular queens are not in the breeding program (yet), but could be, if they survive this coming winter. Marking them will make it clear whether they survived the winter, or whether it was one of their daughters.

The Alaska Bee Initiative will be raising queens this summer from hives that survived this past winter. Not only will those queens be marked, they will be marked with a number which allows us to track that individual queen in our database.

The last picture is of a queen that has a numerical (and color-coded) mark. This picture comes from Glenn Apiaries, a large queen breeder in California. 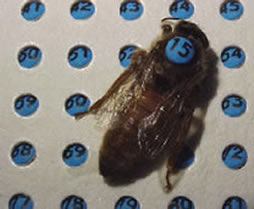 A marked and numbered queen.